Virtues Around the World

See how virtues are making a difference around the world.

New Zealand has been a center of Virtues Project activity for 25 years.

Virtues in the Workplace

Gender Bias in the Workplace?
Have you seen or experienced gender bias in the workplace?  Christina Lopez and Mike Marvin, Virtues Project Facilitators, have developed incredible programs to address this issue in practical, innovative, and inspiring ways.  Check out their website for Challenge the Norms: Beyond the Divide at www.challengethenorms.com
to see what they're up to, and for their current training schedule. 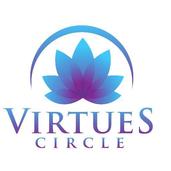 Virtues Circle, Inc. is a non-profit in St. Petersburg, FL carrying the message of the 5 strategies of The Virtues Project™ to local schools, parents and individuals. With the help of funding, workshops are made more affordable to reach more people. Virtues Circle has also brought the 5 strategies into treatment centers, helping those recovering from alcohol and addiction issues.

A Tribute To The Virtues Project™

Video created by Cathy Burns for The Virtues Project Global Mentorship Conference in 2015.

As I sub or relief teacher I was getting a lot of work in special ed. classes. Everyone was settled and working, when a young man aged 14 or 15 walked in. He said he was late because he was taking his Ritalin for ADD. First, I checked with him that he had the time and it was OK to ask him a question, and that he could be assertive and decline if he wanted. Then I said in a very curious tone "What is it like to have ADD?" I let him talk – empty his cup, only responding to clarify by asking another "what or how" question, or paraphrasing to be sure I had "got it."
​
I followed his lead and found out how perceptive he was about his "condition" which gave me a better understanding of it. Then I asked him, "How have you learned to handle it?" When he was finished talking (about 17 minutes) I asked him how it was helpful for him to share about his ADD with me. He said that no one had ever asked him before. Choking back my tears I said "thank you for sharing with me, and I honour you for the trust you showed to tell your story." He then sat down quietly and got to work. What a sacred moment.(P.S. This is only one of many stories I can tell about using VP in the classroom)

A VIRTUES STORY From Feruccio in Melbourne, Australia

I was presenting the virtues to teachers at one of the schools for "Special needs Children" – young people who are mentally handicapped to varying degrees, yet able to attend school with the assistance of specialist teachers. While conducting "Speak the Language of the Virtues" and "Recognizing Teachable Moments", the comments were constant – "These children can hardly understand the regular words we use, let alone these virtues," "How can we teach them the meaning of these words if they already have trouble making a sentence?"
​
I remembered Linda and Dan's comments about a child LIVING the virtues and lovingly explained how we are not teaching them an abstract concept of "Respect", but rather catching them while they are "Being" the virtue and acknowledging it in them. In the next session, while sharing positive feedback/stories, one teacher told the story of a twelve year old girl (mental capacity of five years old), whom she acknowledged for being "industrious" after completing all her work. The teacher thought nothing of it until the next day when she received a note from the girl's mother. The note went something like this "… what happened at school yesterday? This morning, Emilia (not the girl's real name) woke up before the alarm rang, got dressed, and prepared her own breakfast – none of which has ever happened before. She then got me out of bed making sure we wouldn't be late for school. I asked her how come she was so enthusiastic and she said she 'was being industrious' ." The teacher continued that Emilia is now holding her head up and working more diligently than ever.